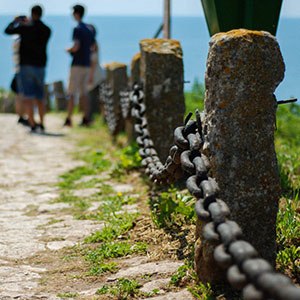 Freemasonry is the oldest and largest fraternal organization in the world at over 300 years. Its members share a common goal of helping each other become better men. It’s body of knowledge and system of ethics is based on the belief that each man has a responsibility to improve himself while being devoted to his family, faith, country, and fraternity. Its roots go back centuries and its members are diverse: high profile leaders, physicians, construction workers, farmers…and maybe you.

Though touted as a :secret society: it’s anything but. Drive around your town and there is likely a temple there which is quite visible.Freemasonry is not a secret society. We clearly communicate our presence, and masons are proud to display the familiar masonic logo on their cars, clothing, and buildings.

Freemasonry does, however, have a few key secrets that are used for two primary reasons: (1) to prove to each other that we are Masons, and (2) as a bond between members – showing that we can honourably keep our secrets.

To qualify for candidacy in freemasonry, applicants must be (1) men, 21 years of age or older, (2) be of good moral character, and (3) believe in a higher power.

Although we do not ask your faith, candidates are required to take an oath, vowing to hold the secrets and mysteries of the fraternity safe. This is done so on the volume of sacred text of your choosing.

Although we do require you to believe in a higher power, discussion of religion (as well as politics) is forbidden in the lodge.

The First Three Knocks is an independent Masonic podcast hosted and produced by members of various lodges within York District. Their goal is to educate the public and create discussion within Masonry. The episodes below are great resorces for interested members of the public seeking a casual discussion about the foundations of Freemasonry.

The First Three Knocks can be found on all major podcast apps as well as on Youtube.